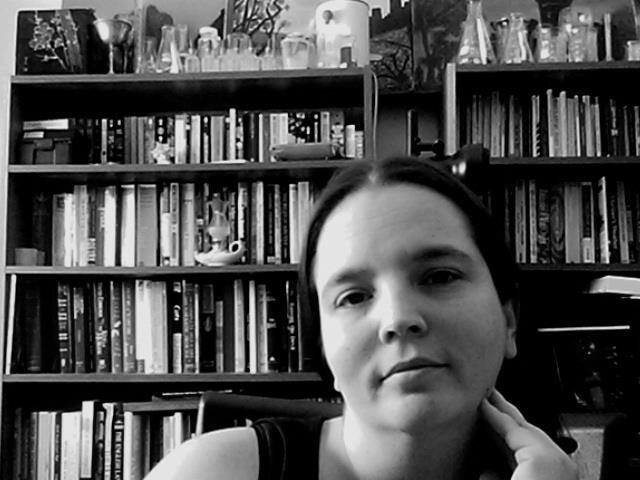 Juggling the Muses
“I just love your covens and your OTS stories. When is the next one coming out?” The attractive blonde mother of two hands me the latest copy of one of my series novels and smiles down at me.
“Two months from now,” I say, opening the book to the page I usually sign. I stop, pause, and double check the name on the front cover.
The woman, an avid fan of my work, raises a brow and gives me a quizzical look.
“Just making sure I sign the right name,” I tell her. We both laugh.
This is my life as a writer with multiple pen names. I have to double check before I sign, triple check to make sure I’ve put the right books in the right newsletter, and be careful I’m posting the right marketing material to the right Facebook fan page.
There’s a reason I have four pen names. No, that’s not a typo. I said four.  See, when I first started my writing career, I wrote non-fiction books and articles and had a column in a national trade magazine. S. Connolly was my original nom de plume. The initial S because in college I learned quickly that female writers were taken more seriously if their gender was removed from the equation, which could be done by using the initial of the first name, and then the surname. I did submit some of my early short fiction for publication under this pen name, but aside from a few semi-pro magazines, I never sold much.
By the time I’d sold my first novel, I’d already established S. Connolly as a non-fiction author. She had a track record and people expected computer, business, and accounting articles from her, as well as books about witchcraft and demonology.  They weren’t expecting family-friendly epic fantasy. When I sold my first fantasy novel I decided to once again go with initials (first and middle this time) and my married surname – S. J. Reisner. My family-friendly pen name was born.
Four years later I started writing an urban fantasy/supernatural mystery novel. It was bloody and contained language. The characters were shady, crass, and not family-friendly. The books were at least Rated R. I didn’t want my fans with milder sensibilities to be turned off by the potty-mouthed curmudgeons, occultists, and criminals of my grittier fiction. Audrey Brice (Audrey after a great aunt) sounded like a solid urban fantasy/supernatural/paranormal/thriller/horror pen name. That’s how I ended up with pen name three.
While writing said gritty supernatural series, I ended up writing a rather provocative scene in one of the novels that my critique group outright rejected. One of my critique partners said,  “It’s too graphic for urban fantasy-mystery. Have you ever considered writing erotica? You’re actually pretty good at it.”
On a whim, I wrote a few erotic romance novellas and a novel, just to get it out of my system. Also on a whim, I tossed them up on Amazon and Barnes & Noble just because – but under a secret pen name because I didn’t want family and friends to know I was writing trashy novels. It turned out my critique partner was right. I was pretty good at writing erotica. So when I started selling tens of thousands of copies, I had to come clean and claim Anne O’Connell. After all, I’m a firm believer you need to own what you write.  Anne, from my middle name JoAnn, and O’Connell being a play on my surname Connolly.
So, that’s how I ended up with the four pen names. About now, most people wonder how I manage all of them.
Aside from the aforementioned habits, I gave up on multiple websites and blogs long ago. Most authors barely have time to maintain one site, let alone four. These days all my domains point to one website.  That website also contains one blog. I password protect the rated X stuff.  I have one Twitter, one Instagram, and one of all the other social media venues an author should have.
The hardest part seems to be keeping regular release schedules for each persona. I do well with three of them, but S. J. Reisner is the one I slack on. My imagination tends toward the grittier fiction with Audrey Brice’s supernatural horror/thrillers at the top of my priority list.
The upside of having four pen names is that I can write whatever I want to write and it will fall into one of the pen names. I’m never bored because I always have four projects to choose from. I can usually get into any event with at least one of the pen names. My readers appreciate my use of pen names because it helps them find what they’re looking for. Many of the readers from one pen name will check out the other three, and will often end up reading across several or all of my pen names.
Yes, having four pen names is a lot of work and takes a lot of juggling, but if I had to do it all over again – I wouldn’t change a thing.
——————–
When she’s not juggling four pen names, Stephanie Reisner spends her free time with her husband and three cats, and a garden full of weird plants.  www. the-quadrant.com
Published As: S. Connolly, Audrey Brice, S. J. Reisner, Anne O’Connell
Recent Novel Releases: