Now, I know that my theme for this challenge is Everything I Love about Writing. Well, the truth is, I couldn’t possibly do that without mentioning one of my favorite aspects: Authors

I can sense some confusion on your part. What do authors have to do with anything? Well, actually, they have everything to do with my love of writing. Reading and writing have always come easily for me, I can’t even remember learning how to read. Books have always been some of my closest companions, the library a veritable wonderland for me. I could go anywhere and be anything I chose, learn anything I desired. In short, the library was my gateway into a magical world of endless worlds. When I first started, I won’t lie. It was absolutely terrible. Grammar was a foreign notion and the storylines were both childish and at times, heavily plagiarized. However, even as a child, I knew that I wanted to be able to capture and share the magic that was the written word. So, despite being the Queen of Run-on Sentences, I persevered. I knew that someday, I too could create the magic of the written word.

When I was fifteen, I completed my first novel. It was worlds away from my first attempts and I was justifiably proud. Looking back now, I know that I still had miles to go on my literary journey. However, I will always remain fond of that first book. Having completed it and with the brash faith that only teenagers possess, I sent my poor little manuscript out into the world. Unfortunately, I go snagged by a vanity publishing company. After waiting months to hear back from them, they told me that they’d be willing to publish my book… for a whopping $4,000. I was shattered. This shelved my writing ambitions for several years.

However, I couldn’t stay away from the magic that is the written word. I completed college and went to work as a librarian. I still wrote, but I never shared my writing with anyone, not even my family. Working as a librarian was both wonderful and taxing. I was surrounded by books, but I still had to work, lol. Still, when I was off work, I read voraciously. And even though I didn’t realize it, I was growing as an author because of it as well, learning my likes and dislikes. For example, I love J.K. Rowling and her world of Harry Potter, but in the last 3 books, I found that I really disliked how many characters she killed, which led to my discovery of how attached I am to all of my characters and debating necessary/unnecessary character dispatchment. On the other hand, The Chronicles of Elantra by Michelle Sagara had me captivated by the main character, Kaylin Neya. She was flawed and human, but she still managed to pull me and allow me to journey beside her. I learned that characters don’t have to be perfect to be enjoyable, but they have to allow the reader to journey alongside them. 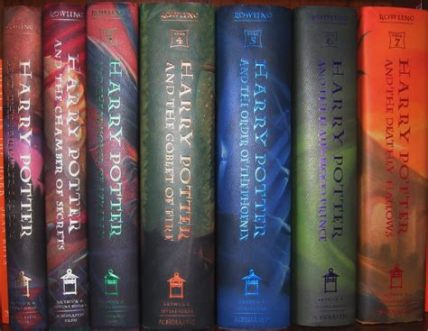 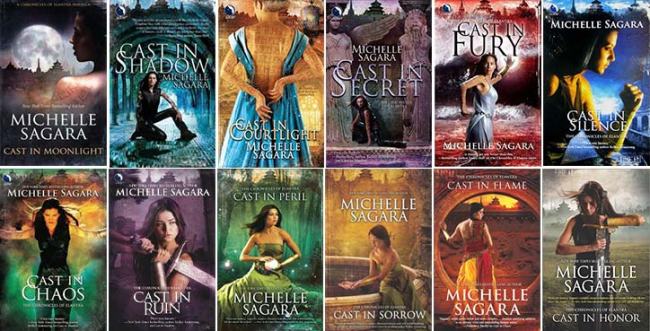 So what persuaded me to take the leap from reader to author? People had told me repeatedly that I wrote well (writing outside of my stories, those were kept under lock and key) and the dream of writing had been with me since I was a small girl. I’d never quite been able to squash my dream of publishing a book. So I gave myself a challenge. I would write a mystery and publish it for Halloween on Amazon. Did I mention that it was the end of September when I decided this? So imagine my surprise when I sat down to write and Aletta and Lirim were there as if they had been waiting for me. And not only one book, but the outline and plots for a series of six books. I was flabbergasted but excited and willingly set to writing. 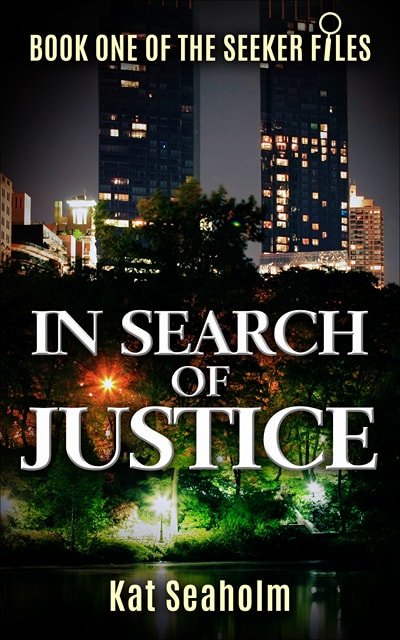 My first novel in The Seeker Files, In Search of Justice, was written in just under a month and I was so exhausted by the end. It was an experience, but one that I shall endeavor to never do again. When I published it, I had a major panic attack. It was out there now and I couldn’t take it back. People would actually read my writing and could freely like it or absolutely hate it. I was terrified and in knots. However, I have only received positive feedback so far, which has been amazing to me. Let me add, that I don’t mind criticism. If someone who reads it has feedback that can be used to improve it, then I welcome it. But the thought of someone loathing my writing just because makes me break out in a cold sweat.

I am now in the process of writing the second novel in the series, In Search of Healing. Even as I write on it, it is hard for me to make the mental switch, that I am now an author as well. Maybe someday, if my writing continues to improve, I will inspire a child to follow their dream of sharing their stories with the world. I can only hope so.

So who are some authors that inspire/captivate you?